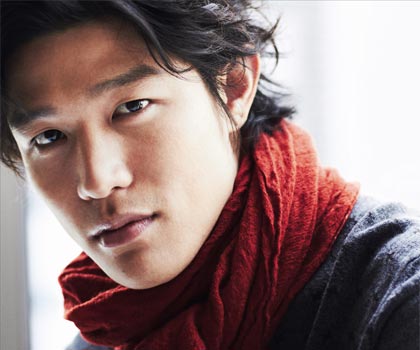 Management for Suzuki Ryohei (28) announced yesterday that the actor has tied the knot with an older woman. The announcement said that his new bride is an employee of an Internet company in Tokyo, and that she is currently six months pregnant. The couple are already living together in the capital and held a wedding ceremony and reception on July 24. Suzuki is said to have met his new bride through a mutual friend about six years ago. He is currently appearing in the Fuji TV Monday 9pm prime time drama “Zenkai Girl” alongside star Aragaki Yui (23), in which he plays a stay-at-home father.

Suzuki is something of a language expert. An English language major, he also won a German language speech contest while in high school. Standing 186cm tall, he started out as a model and became Japan’s first male swimsuit campaign model before switching to acting full time. He is with the major Hori Pro management agency. 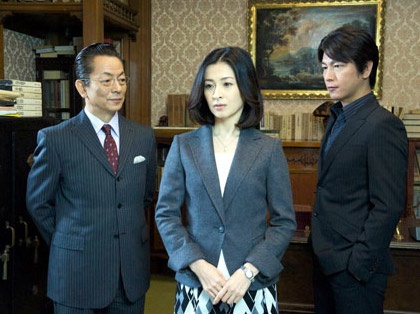 Management for actor/singer Oikawa Mitsuhiro (41, photo right) and actress Dan Rei (39, photo center) announced yesterday that they had just got married. Oikawa made a point of posting on his blog that his new bride was not pregnant. The couple do not currently have plans for a wedding ceremony or reception. The showbiz couple’s relationship is said to have been ignited when they worked together on the popular detective show “Aibo” in November 2009 (photo).

Dan is a former star with the all-female Takarazuka theatrical troupe, where she played “musume” (female) roles, from 1993 to 2005. She entered the Takarazuka school in 1990 and went on to play lead roles in both the Moon and Star troupes. After she retired, she became a regular in TV dramas and commercials. She soon landed a Japan Academy Award as best actress for her role in the 2006 hit samurai movie “Bushi no Ichibu.” It wasn’t until the spring of 2010 that she got her first lead drama role in NHK’s “Youkame no Semi.” She has been the face of Suntory beer for several years as well as other top brands.

Oikawa, popularly known by his nickname “Micchi,” has had a varied and successful showbiz career. He has released over a dozen albums and appeared in a similar number of movies as well as many TV dramas and commercials. Due to his mother’s influence, he became a Takarazuka fan at an early age, though the troupe is overwhelmingly supported by female fans. Oikawa has often alluded to the multiple aspects to his character, even saying that he considered himself 76% male. But lest his sexual orientation be brought into question, he is also a lifelong fan of the popular anime “Gundam” and said he has a preference for intelligent-looking women in glasses. 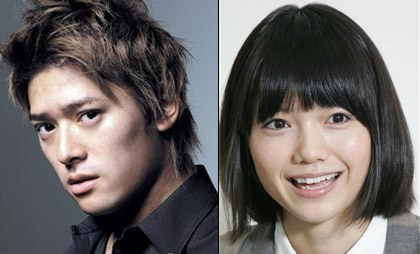 Actor Takaoka Sousuke (29) has caused another stir with his twitter posts. On July 23, he complained about the “excessive” broadcasting of Korean TV shows on Japanese networks, saying that he always changes the channel when they come on. He referred to “8,” thought to be a reference to the Fuji TV network which uses that channel number in the Tokyo/Kanto area, saying it often seems more like a Korean channel. “We Japanese want to watch traditional Japanese programs. If anything Korean comes on, I switch it right away.”

A few days later, on July 26, Takaoka reluctantly tweeted, “I don’t want to write this but I’ve been asked to so I will. My wife doesn’t feel the same way as I do.” He is married to top young actress Miyazaki Aoi (25) and the post was no doubt an attempt to avoid the controversy adversely affecting her career. Riding high on the back of successful movie and TV roles, she is currently also considered the ‘TV commercial Queen.’ The couple have been married since June, 2007 but the media have reported several times on tensions in their marriage, and Takaoka has on occasion posted online about the possibility of a split. He has had his blog shut down several times in the past due to controversial posts.

Thousands of messages, both of support and criticism, have been posted to popular Japanese sites like 2Channel, while the online response from Koreans has been overwhelmingly, and predictably critical. This morning Takaoka – currently in the U.S. where he is appearing in a stage production – continued to add fuel to the fire. “I’m just one actor, one person, one citizen…what does it say that they’re trying to control my freedom of expression like this? The world is a scary place. All this because of (comments about) Korean entertainment.” 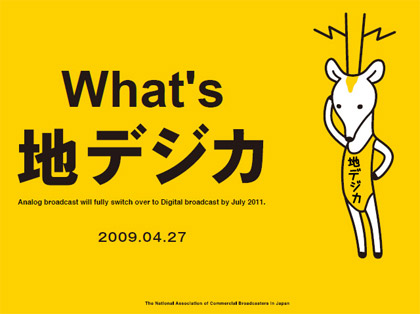 Noon today marks the end of analog TV broadcasting in Japan after 58 years, with the exception of Miyagi, Iwate and Fukushima prefectures, the area hit by the major quake and tsunami in March. There the changeover to digital terrestrial TV broadcasting has been delayed until the end of March 2012.

The changeover from analog to digital TV (known by the abbreviation “jideji”) was first announced in December 2003. But up to 700,000 households nationwide (including this one!) have not yet bought digital TVs or tuners and antennas, in spite of various campaigns to inform the public of the switchover and offer discounts and rebates on eco-friendly electronic products. At noon today, those analog TV screens will go blank apart from a notice informing viewers where to make inquiries. The Internal Affairs and Communications Ministry has started operating a 24-hour telephone hotline to handle all inquiries.

The ministry’s so-called “digital support centers” answer questions on what type of tuners are necessary and how to operate remote controllers for digital-capable TVs. The service has been receiving a lot of calls, particularly from the elderly. 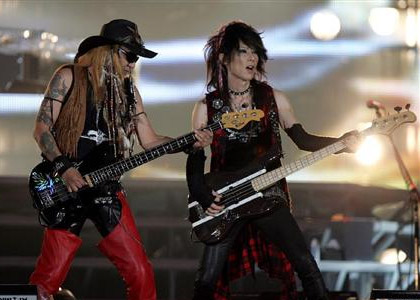 Former X Japan bass player Sawada Taiji has died in Saipan following a suicide attempt while in police custody. He was 45. He had been in a coma since attempting suicide by hanging using torn bedsheets on July 14. Members of his family traveled from Japan to see him in hospital and agreed for him to be taken off of life support on July 17. He was known to have suffered from several medical conditions, including epilepsy and a bone disease that caused difficulty in walking.

After playing with several bands and enjoying all the excesses of the rock ‘n’ roll lifestyle, Sawada joined X Japan in 1986 despite having somewhat different musical tastes. Dissatisfaction about money led to arguments with band leader Yoshiki and Sawada was kicked out after series of shows at Tokyo Dome in early 1992. He returned to the lineup only last August for an emotional reunion at the Yokohama Arena (photo left).

According to Saipan police, Sawada flew into the US protectorate from Narita Airport on July 11, one day before his 45th birthday. He became violent during the flight, punching and kicking windows, other passengers and crew, and he was arrested immediately on arrival. He was due to appear in court on July 15. Yoshiki and the other X Japan members have yet to give any substantial statements to the media other than to express their shock. The band lost charismatic guitarist Hide to a suspected suicide shortly after they broke up in the late 1990s. 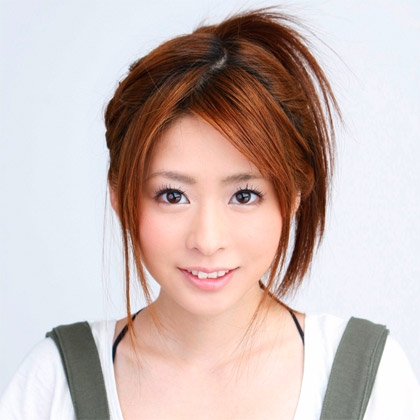 Though she was a relatively minor celebrity, the suicide in May of talento Uehara Miyu at the age of 24 seems to have sparked a dramatic increase in suicides among young women across the country. While the average number of deaths by suicide in Japan this year was a shocking 82 people per day up to May 12, the day of Uehara’s death, it peaked at 140 the following day when her death was reported. The next week or so saw the five highest daily death tolls recorded this year. In May alone, there were 3,329 suicides in Japan, an increase of almost 20% over the same period last year. The numbers included an uncharacteristically high proportion of women in their 20s and 30s.

The figures were recently released by a government task force set up to tackle the country’s high suicide rate. In a report, they didn’t mention Uehara by name but referred to the influence of the death of a female celebrity.