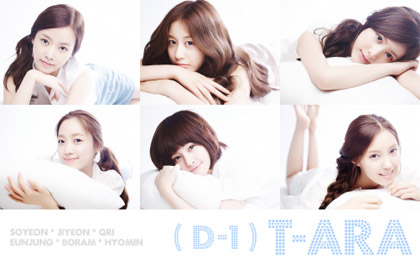 Korean pop artists, continue to find chart success in Japan, while also continuing their obsession with capitalized group names. For the first in the history of Oricon’s chart rankings, K-pop has topped both the singles and album charts at the same time. And girl group T-ARA are also the first overseas artists to get to No.1 on the singles chart with their debut release. Their single “Bo Peep Bo Peep” marked their Japan debut on September 28 and was an instant hit, partly thanks to the cutesy “Neko Dance” that accompanies it (see video below).

Meanwhile, established stars Toho Shinki have seen their latest album “Tone” reach the top of the album chart, their second chart topping album of the year. K-pop artists now have a total of nine No.1 releases between them in Japan this year, the most ever. Others include singles from Toho Shinki, girl group KARA and actor/singer Jang Keun Suk, and albums from BIGBANG, FTISLAND, 2NE1, and Shojo Jidai.