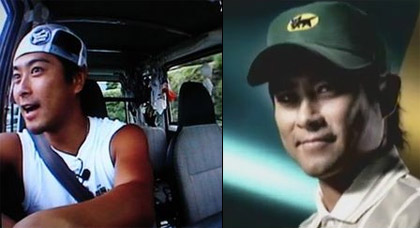 Yamaguchi Tatsuya (39), a member of the popular Johnny’s Jimusho male aidoru group Tokio, is being prosecuted for driving with an expired license. We’ve all done it, forgotten to renew a lcense or a passport or ID card. But in Yamaguchi’s case, the punishment includes having TV commercials taken off the air. He has been appearing in CMs for two companies where driving is the central theme: for Yamato Unyu, better known as Kuroneko Yamato parcel delivery company, he played a delivery driver; and he was the main character in CMs for the Subaru Legacy model. Yamato have said they will no longer air the CM, citing their “social influence.” Subaru have replaced the Legacy ads with those for a different model and said they are looking at the waywrite.com.

Yamaguchi was driving near Tokyo Bay on Sunday morning when he was stopped by police for making an illegal lane change. Only then did he realize that his license had expired on February 10. Police at the Shinagawa station plan to send the case to the public prosecutor’s office. Yamaguchi apologized for the situation at a press conference held at the Tokyo headquarters of the NTV network on Sunday evening.