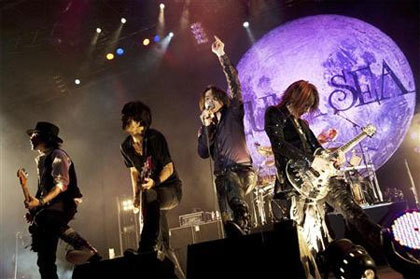 Rockers Luna Sea announced yesterday that they will be playing the first ever free show at Tokyo Dome this Christmas. The band, currently on a comeback after a 3-year hiatus, will perform regular paid shows on December 23 & 24, but have added a free show on Christmas Day. The only condition for the “Lunacy Kurofukugentei Gig” is that fans must wear black, an idea the band used a couple of times in their indie days. A lottery for the 50,000 tickets opens on the band’s official site today.

Luna Sea are currently on their 20th anniversary “Reboot” world tour, which they kicked off with a concert in Germany on November 27. Their first tour in ten years, it will end with the Tokyo shows. The band reunited back in May, launching Facebook and Twitter accounts, and have released a new song and video on the date of every full moon since. They have moved to the Avex record label as of today and are recording an album of covers of their own songs. “Luna Sea” is scheduled for release on March 16, 2011.