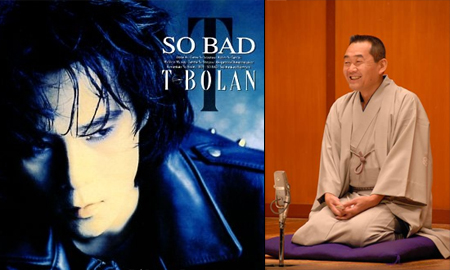 Singer Moritomo Arashi is making a comeback 10 years after the breakup of one of the country’s major rock bands. The former vocalist of defunct rock band T-Bolan, Morimoto (44) said yesterday that he is releasing a solo single later this month. “Kizuna,” due out on November 26, is his first release since T-Bolan split up at the end of 1999. At the time, the band members said the split was due to musical differences, but then Moritomo revealed that he was suffering from psychogenic dysphonia. The medical disorder is a loss of voice caused by stress or emotional trauma. Moritomo underwent a couple of years of rehabilitation before becoming a radio presenter in 2001. In August 2006, he sang the national anthem before a hugely anticipated WBA boxing world title match that drew a TV audience rating of over 41%. He is scheduled to perform for 2,000 lottery winners at a “fan meeting” in Shibuya, Tokyo on Christmas Day. The roots of T-Bolan go back to 1987 and the band made their major label debut in 1991 with the single “Kanashimi wa Itaiyo.” They followed that up with a string of hits and had combined single and album sales of over 15 million. Their final live performance was in Osaka in 1996.

• Rakugo-ka Shunputei Shocho (56, photo right) was arrested in September for filming up a woman’s skirt with his mobile phone while riding an escalator in the Tokyo district of Shinjuku, it was revealed yesterday. Officially he has been said to be off sick since missing a performance on September 12. Shunputei entered the world of rakugo, traditional comic storytelling, while a student at Meiji University in 1975. He progressed rapidly through the ranks and became a headliner in 1985.

Yama-P is Hot Property
Sakai Noriko Goes Back to School