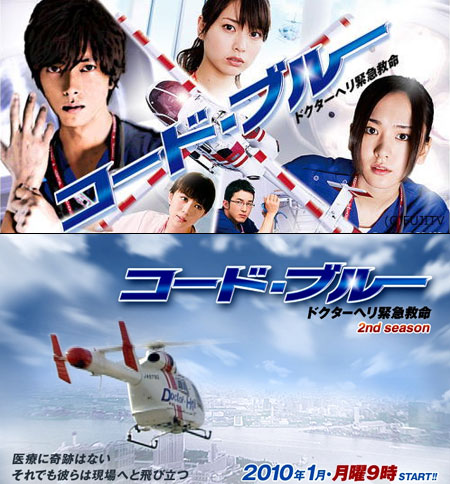 Just how popular is Johnny’s heartthrob Yamashita Tomohisa (24) right now? Well the media are making a lot of the fact that he already has another prime time drama scheduled for January, just two seasons after his latest headliner. He played the lead role of a basketball player in the summer Fuji TV drama series “Buzzer Beat – Gakepuchi no Hero,” which aired in the “golden” Monday 9pm time slot. Oguri Shun now occupies the autumn slot with the drama “Tokyo Dogs,” but will hand over to the second series of Fuji’s “Code Blue – Doctor Heli Kinkyu-kyumei” in January. This is described as the first time it has happened since the time slot became a fixture for the most popular drama series in 1987. And the return of Code Blue, in which “Yama-P” plays a medical helicopter pilot cadet, is in itself an indication of the popularity of its star. The show also has some hot young female stars, including Aragaki Yui (21), Toda Erika (21), and Higa Manami (23). But perhaps the biggest indicator of Yama-P’s popularity is the fact that his image barely appears on the Fuji website for the show. A Google search reveals only distorted images from the original series or scans of DVD covers and the like. That’s how protective Johnnys are of their hottest properties. 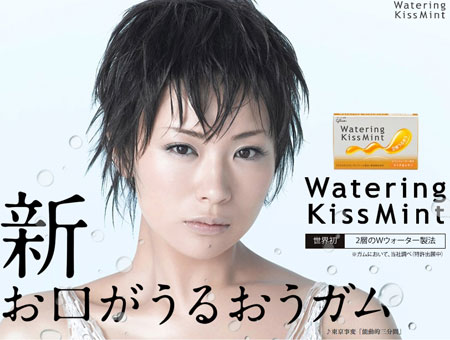 Shiina Ringo (30) is one of the more talented singer-songwriters in Japanese pop. With a strong independent spirit, she has maintained a rare non-populist and uncommercial approach to her career as a solo artist and as vocalist of the band Tokyo Jihen. Until now. From today she is appearing in her first ever TV commercial, for the Glico product Watering Kiss Mint gum. She doesn’t speak in the CM but does a neat bit of moonwalking, and it features the latest Tokyo Jihen song “Nodoteki Sanpunkan.”