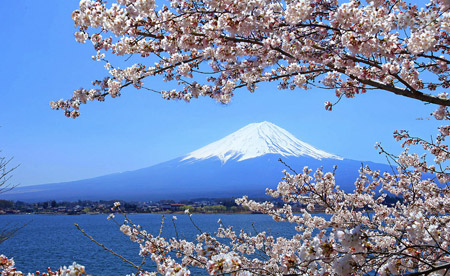 The Japan Weather Association has announced the news that’s eagerly awaited across Japan every winter – the expected arrival of the “sakura kaika”, or the opening of cherry blossoms. The sakura is of course Japan’s national flower and its arrival also marks the coming of spring. The fact that the often dramatically beautiful display of color only lasts a week or two is considered both an opportunity to consider the beauty and transience of life itself and a chance to party and get blind drunk under the falling blossoms.

So when should you plan to visit Japan or hold your hanami party? For the Tokyo area and most of central Japan, the sakura are expected to peak around the end of March and beginning of April. Southern parts of the country will see it about a week earlier, and the sakura front will move north of Tokyo over the period of a month and a half until early to mid-May.

See the map below for the expected dates when you can see various parts of the country at their most beautiful. 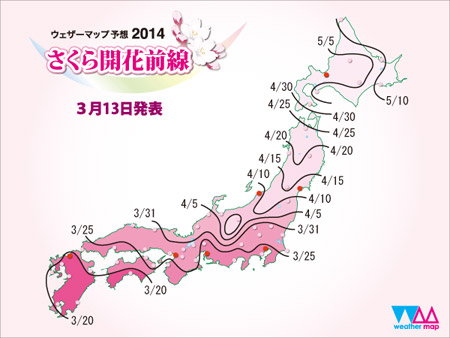