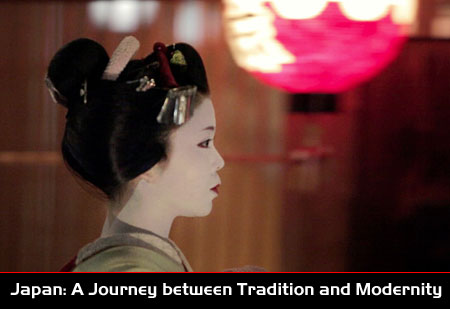 Short but evocative, this video is a must-see for anyone who has either spent time in Japan or has always dreamed of going.

Produced by AmnesiArt, a film and Fine Art photography production created by Nick Arcivos and Ryan Earl, this film gives you the opportunity to explore the country through Tokyo, symbol of modernity, Nara, and Kyoto, the cultural capital.

A first stay in Japan has allowed them to discover its rich culture, its fascinating architecture and friendly people. They propose to provide more information on their production and share their feelings.

“The idea behind this film was thought out in two steps: The first took place a few years ago, after discovering this beautiful country and the desire that gave them to capture the special atmosphere of Japan. The second, more recently, is the shooting which lasted two weeks from Kyoto to Tokyo, through Nara.”

They wanted to let people discover the wonders offered by this country through its gastronomy, architecture and culture. They wanted to show the harmony of coexistence between tradition and modernity. Although Japan is well-known for its technological advancement, it has retained much of its traditional appearance.

They had in mind to seduce not only fans of Japan, but also people who don’t know this wonderful destination. Through genuine moments of Japanese lifestyle, they wanted to represent the atmosphere so unique to this fabulous country.

“We are very pleased with the quality and number of feedback we have received from all over the world. A large number of people have expressed their feelings after watching the film, which exceeded our expectations.”

Amnesiart has been featured by the major photography/film brands such as Canon, Carl Zeiss…and major blogs like Photography Blogger, CompÃ©tence Photo, and Camerapixo.