Extreme weather conditions, whether it’s a polar vortex in North America, extensive bush fires in southern Australia, or widespread flooding across the UK, have been causing chaos and devastation in many parts of the globe. And now large areas of Japan – a country well used to being regularly hit by typhoons, volcanic eruptions and earthquakes – have been brought to a standstill by record levels of snowfall. Fatalities number in the dozens, and thousands more have been trapped for days in stranded cars and trains.

All this is by way off explaining why deliveries of goods within and from Japan have been directly hit by the weather conditions. Our suppliers and courier companies are doing their best to ensure that products reach us as quickly as possible and of course we are doing everything we can to dispatch orders in a timely fashion. 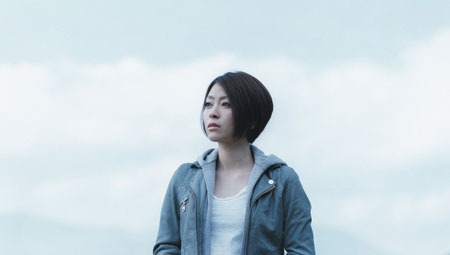 J-pop superstar Utada Hikaru (31) is getting married again. The singer-songwriter posted yesterday on her Hikki’s Website that she and her Italian fiance will be tying the knot on May 23. Media reports describe the lucky guy as a 23-year-old barman working in a London hotel but originally from the small town of Fasano in southern Italy.

Utada is still in the traditional one-year period of mourning for her mother, Fuji Keiko, who died at the age of 62 last August after jumping from her 13th-floor Tokyo apartment. But she decided to go ahead with the wedding, saying that when she spoke last year with Fuji about her new partner she saw her mother “happier than I’d seen her in years.” The couple had planned to keep their church ceremony in Fasano a secret but news leaked out to the media.

The marriage will be Utada’s second – her previous 5-year marriage to photographer and director Kiriya Kazuaki (45) ended in 2007, with the couple citing personal changes, different viewpoints on the future of their marriage, and lack of communication due to the nature of their jobs. The failure of a subsequent romance, also with an older man, was also reportedly due to Utada’s busy work schedule.

It’s almost a decade since her career peaked and she has been on an extended hiatus for the last several years, releasing only an occasional hits collection or commercial tie-up single.

Read our profile of Utada Hikaru