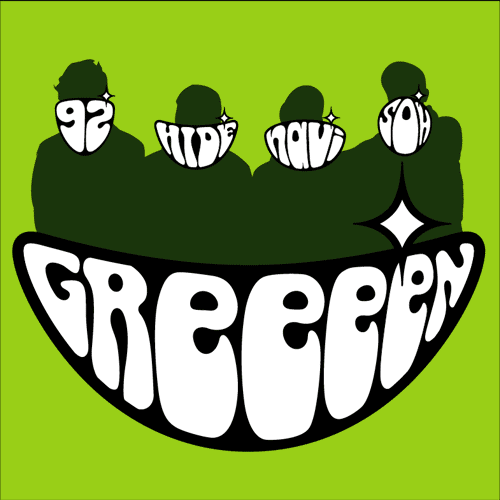 GReeeeN vocalist Hide has angrily denied media reports that the J-pop group are splitting up. It was reported this week that the upcoming release of a greatest hits album would be the group’s last and that the four members would focus on being full-time dentists. That sounds absurd except for the fact that all four were studying dentistry at university when they met. They completed their studies but also debuted with Universal Music in 2007, and their lives took a wildly different turn. With their catchy tunes and clever marketing the group have achieved world record level sales. They saw solid sales of their major-label debut album, and their second and third albums were million sellers. In July, their single “Kiseki” was recognized by Guinness World Records as the best-selling digital downloaded single of all time, and . But the members’ faces are never seen. On his blog yesterday, Hide (29) explained that this is because they are now practicing dentists and they want to keep that and their pop success separate. Addressing the latest rumor, he said “The media have created smoke where there is no fire, with the aim of taking your money. It stinks. Everyone, don’t worry, we are not breaking up.”

• Joining the million-selling club is the first greatest hits album from young singer-songwriter Ayaka (21). Over the last month and a half “Ayaka’s History 2006-2009” has stayed at or near the top of the Oricon charts. She is the first solo artist to break the million barrier since Amuro Namie last year. The only groups to do it this year are GReeeeN (see above) and Arashi with “All the Best!” Ayaka, who married actor Mizushima Hiro (25) in February, is currently taking a break from music to undergo treatment for Graves’ disease.