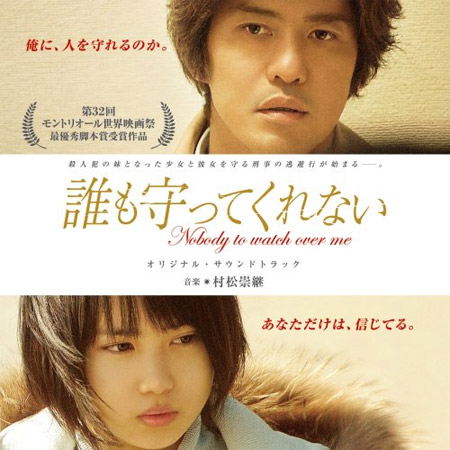 The Japanese movie industry has chosen its candidate to defend the Oscar for Best Foreign Language Film. Looking to repeat this year’s success of “Okuribito” (Departures), the Motion Picture Producers Association of Japan yesterday named Kimizuka Ryoichi’s “Dare Mo Mamotte Kurenai” (Nobody to Watch Over Me). The powerful 2-hour drama focuses on some of the more troubling aspects of modern Japanese society. The story revolves around a detective (Koichi Sato), who is assigned to protect a 15-year-old student (Mirai Shida) from public outrage and the media after her elder brother is arrested for the senseless murder of two young girls. As well as directing the feature, Kimizuka wrote the screenplay, for which he won an award at last year’s Montreal World Film Festival. “Daremo…” is his 14th movie and he is best known as the director of “Odoru Daisosasen” (Bayside Shakedown), Japan’s biggest ever box-office earner, and a series of sequels and spinoffs. As with those movies, the backing came from Fuji TV. The overseas Academy Award candidates will be whittled down to five in January and the awards show will be held in March. 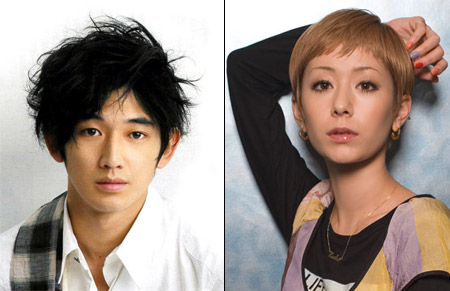 Romance has blossomed between two of Japan’s up and coming young stars, according to this week’s issue of the weekly women’s magazine “Josei Seven.” Management for actor Eita (26) and singer Kimura Kaela (24) have acknowledged their relationship. The magazine captured the couple on film last Saturday, the night after Eita returned from the Montreal World Film Festival, where he had been promoting the movie “Dear Doctor.” The couple both worked on the 2006 movie “Kiraware Matsuko no Issho” (Memories of Matsuko) but they never shared the screen. They finally met through a mutual friend in August and the flame was lit. Kimura had recently broken up with Su (35) of the hip hop group Rip Slyme. Considered one of the most talented young actors, Eita started out as a model in 1999. He made his TV drama debut in Fuji TV’s “Sayonara Ozu-sensei” in 2001. His breakthrough came in the hugely popular Fuji series “Waterboys” in 2003. He made his theatrical debut this summer. Kimura, whose father is British, also got into the entertainment business as a model, for the teen fashion magazine “Seventeen” in 2001. She made her CD debut with “Level 42” in 2004. She had her first Oricon chart No.1 with her third album, “Scratch,” in 2007 and she performed solo at the Nippon Budokan the same year.

"Despite rising awareness of LGBT rights, Japan is the only G7 country that does not recognise same-sex marriages, and much of the country’s multibillion-dollar love hotel industry accepts only heterosexual couples."
...