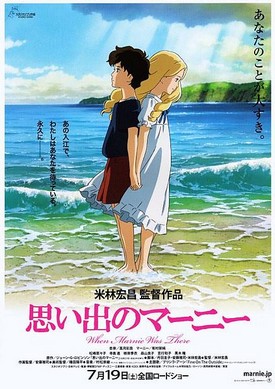 Studio Ghibli have done it again! For the third year in a row, Japan’s most famous anime studio has got a best animated film Academy Award nomination, this time for Omoide no Marnie (When Marnie Was There). This year’s nominations were announced in Beverly Hills last week and the awards ceremony will take place on Feb. 28.

Based on a 1967 children’s book by British writer Joan G. Robinson, it tells the story of 12-year-old orphan Anna (voiced by Takatsuki Sara), who lives unhappily in Sapporo with her foster parents. While visiting a coastal resort to recover from an asthma attack, she meets Marnie (Arimura Kasumi), a mysterious, blonde-haired girl who Anna had seen in her dreams. “Marnie…” will be up against Anomalisa, Boy and the World, Pixar’s Inside Out, and Aardman’s Shaun the Sheep Movie.

Directed by Yonebayashi Hiromasa and Nishimura Yoshiaki, it was released in Japan in the summer of 2014. It is the fifth Japanese animated film to be nominated for the award, all of which came from Studio Ghibli. But so far only the first, Sen to Chihiro no Kamikakushi (Spirited Away) in 2002, has come away with the Oscar. 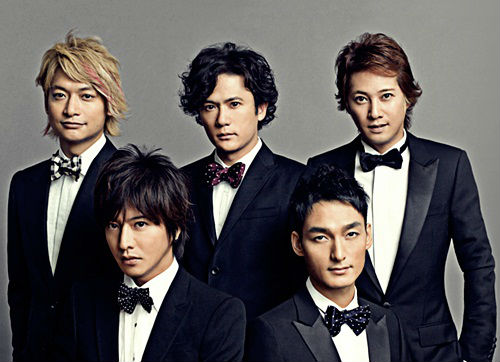 After sending the Japanese entertainment world into a flurry last week with reports that they were to split, the five members of boy band/supergroup SMAP appeared together live last night on the Fuji TV SMAPxSMAP show to apologize. Contrary to last week’s reports, they said they planned to continue with the Johnny’s Jimusho agency that has managed them over their almost 30-year career. But while each member issued a separate brief, formal apology to fans and sponsors, there was no clear statement that they would continue as SMAP. Dozens of reporters and scores of fans waited outside the Fuji TV studios late last night hoping for some clarification, but the confusion continues.

One woman in her 30s, a fan since her teens, said, “I wanted to see the show, convinced that they would definitely not split up. I came to Fuji TV hoping I might get a chance to meet them in person. I’m happy that they are not going to split just yet.”