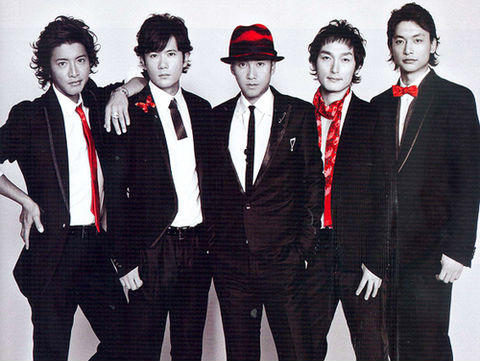 It has been reported today in the Japanese media that SMAP may have come to the end of the road. Members Nakai Masahiro (43), Inagaki Goro (42), Kusanagi Tsuyoshi (41) and Katori Shingo (38) are said to be leaving Johnny’s Jimusho, the agency that launched them nearly 30 years ago, with only Kimura Takuya (43) planning to stay. No date has been announced but the decision is reported to have come after the chief manager who oversaw the group at Johnny’s decided she was to quit the agency. The group made their debut in the late 1980s and have remained among Japan’s most popular cultural icons for more than two decades.

SMAP (only in Japan can you find a group named Sports Music Assemble People!) was formed as a group of teenage backing dancers to other established boy bands and went through several lineup changes before their “official” launch in 1988. That 6-man lineup included Mori Katsuyuki, who left in 1996 to become a racing driver. In spite of an admitted inability to actually sing, the remaining members went on to have a series of million-selling singles, sell out dome concerts, and appear in countless TV dramas and variety shows. Their endorsements of a multitude of commercial products made sure that their faces were everywhere to be seen across Japan. Kimura was perennially voted the country’s most popular male star, even after his marriage to pop star Kudo Shizuka. No doubt all five will remain familiar faces across the spectrum of entertainment media.