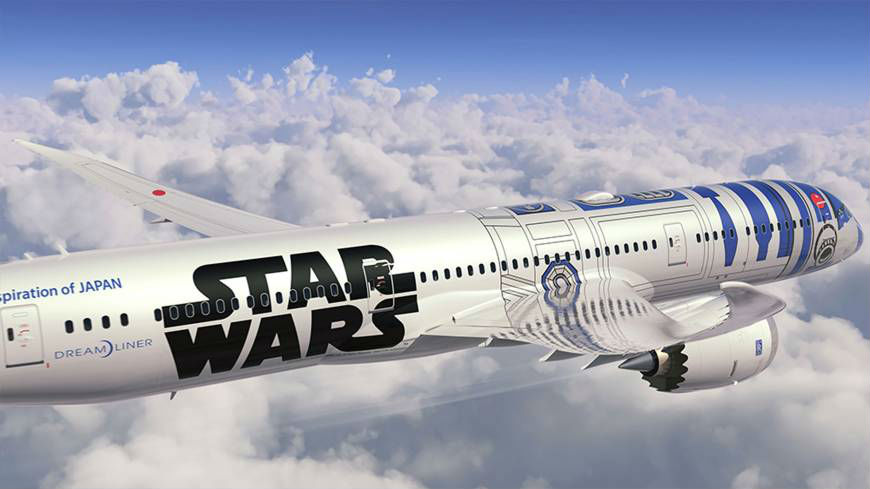 Having just seen the tantalizing second trailer for the upcoming Star Wars movie, I’m excited. Like I was as a teenager back in 1977. And when you mix that excitement with my love of airplanes…well, I just had to share! ANA, one of Japan’s major airlines, has released this artists’s impression of their planned Star Wars tie-up. And it just may be the coolest looking airliner I’ve ever seen.

There were probably lots of ideas for how this could be done, but the bringing together of Boeing’s innovative 787 airliner and the most iconic and loveable droid ever is pure genius. Forget kids, adults will be swarming to get a ride on this plane.

As you probably know by now, “Star Wars: The Force Awakens,” the seventh installment in the series and carrying the huge weight of expectation, is due for release this Christmas. Can’t wait.