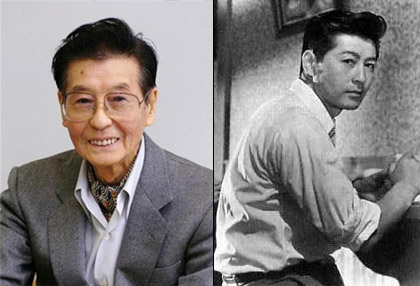 The Japanese movie industry said “sayonara” to one of its veteran supporting actors a few days ago. Management for Ikebe Ryo said the actor died from septicemia at a Tokyo hospital on October 8. He was 92. Boyishly handsome and 175cm tall, Ikebe was encouraged to appear on screen rather than work behind the camera when he joined the Toho movie studio in 1941. He made his debut almost straight away in “Betta” (Fighting Fish). In 1965, and with three dozen movies already to his credit, he and Takakura Ken (79, profile) co-starred in the first of the famous “Showa Zankyoden” series of yakuza movies that ran until 1972.

So it was somewhat ironic that Ikebe was a representative director of the Japan Movie Actor’s Association when a major scandal broke out in 1965 that centered around connections between actors and the criminal underworld. And it was Ikebe himself who had the backbone to make a public statement saying all such ties would be broken (though a complete break has never happened).

Ikebe had health problems for the last few years and had been cutting back on cigarettes and alcohol. But he continued working up until the end, and his last appearance was in this month’s issue of the magazine “Ginza Hyakuten.”