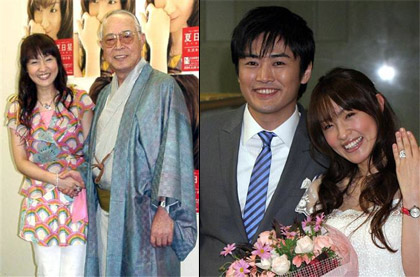 Former baseball star and manager Osawa Keiji died Thursday from cancer of the gall bladder at a Tokyo hospital. He was 78. His 10-year playing career was pent mainly with the Nankai Hawks (now the Fukuoka Softbank Hawks) – where he won the Japan Series in 1959 and 1964 – and the final year was with the Tokyo Orions (now the Chiba Lotte Marines). After retirement he coached and managed at Lotte before two stints as manager of the Nippon Ham Fighters, with whom he won just one Pacific League pennant.

While his playing and managing career stats were hardly stellar, he was outspoken and widely respected, earning him the nickname “oyabun” (boss). This image (usually of a yakuza boss) was enhanced by the fact that for his TV appearances he usually dressed in a kimono. The TBS network said his final appearance was on September 19. On October 3, his “Sunday Morning” co-host Sekiguchi Hiroshi read out a letter from Osawa apologizing for his failure to appear due to poor health. He also applauded his old team the Hawks for their recent Pacific League championship. His grand-daughter, talento Osawa Akane (25) and comedian Gekidan Hitori (33, photo right) presented him with his first great-grandchild on September 3.

Is It Over Between Amuro, Atsushi?
Hirosue Ryoko No Longer a Single Mother