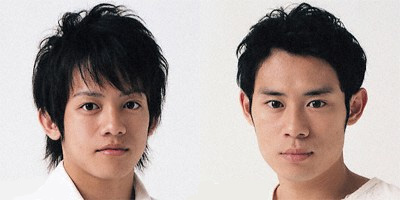 Young actor Itoh Takahiro (photo, left) was recently found dead in his car near Lake Sagami in what police believe was a suicide, they announced yesterday. He was 21. The younger brother of Itoh Atsushi (25, right), he appeared in the popular Fuji TV drama “Densha Otoko,” of which his elder brother was the star. His other appearances included the Fuji drama “Nodame Cantabile” and the movie “Yogisha X no Kenshin.” The most recent update to his blog, which he called “My Style My Life,” was dated February 22. The entry included photos which showed Takahiro enjoying a high school reunion. He was believed to have been taking a break from any kind of filming this month, and recently wrote in his blog that he was giving up drinking again in an attempt to lose weight.

• A huge number of TV viewers tuned in for last Saturday’s big baseball game between Japan and Korea. The Koreans have been a major hurdle for the Japanese team in recent big events, such as the inaugural World Baseball Classic in 2006 and last summer’s Beijing Olympics, and a tough battle was anticipated. The live broadcast was watched by 37.8% of households in the Kanto region (with a peak of 46.3%), and 40.1% in the Kansai area (49.7% peak). The atmosphere at Tokyo Dome was electric as superstar and team leader Ichiro stepped up to the plate. He reversed his batting slump so far in the tournament and led the team with three hits. In the end, Japan thrashed their rivals by a 14-2 scoreline that under WBC rules meant the game was called in the seventh inning. 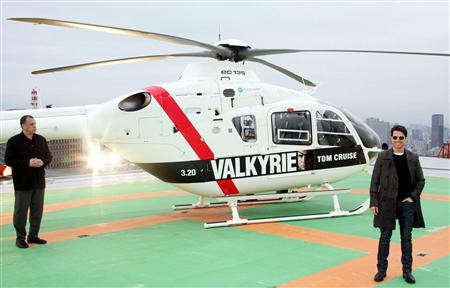 Hollywood star Tom Cruise (46) has brought his whole family to Japan with him for the first time. He arrived in Tokyo yesterday with his wife, actress Katie Holmes (30) and their daughter Suri (2). They flew by private jet into Narita Airport, where they were greeted by about 1,000 fans, before transferring to a helicopter for the trip to the Roppongi Ark Hills complex in central Tokyo. Cruise is in town to promote the WWII movie “Valyrie,” which opens here March 20, and the helicopter was painted with a promo for the flick. Cruise and family will be here until Thursday and attend the movie’s Japan premiere.