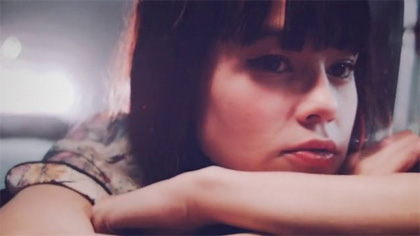 If you like UK navel-gazing music from the late 1980s, you’re sure to dig this excellent new Japanese band. The four guys from Kobe sing in English, so it’ll be interesting to see if they can break at home in Japan. They are currently doing an in-store tour of the country promoting their debut album release.

If you need a visual check, look no further than this 4-guys-and-a-cute-girl vibe on the video release for the catchy track “Night Time”. Judging from their hairier look in previous videos, they seem to have realized that the New Wave look better suits their retro sound.

The full debut album “Days With Uncertainty” is on YouTube: 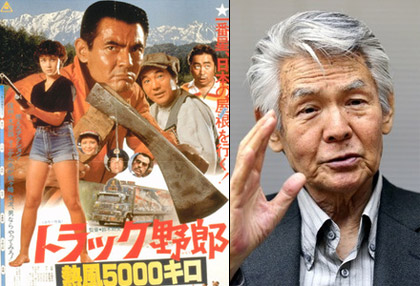 Just weeks after the death of Takakura Ken, Japan has lost yet another of its screen legends. It was announced this week that Sugawara Bunta died of liver cancer on November 28. He was 81. He started acting in 1954 and made his screen debut two years later. He changed studios several times over his early career, even being fired once for turning up late for filming after a night of heavy drinking. Like Takakura, Sugawara made his name as a stoic tough guy during a golden age of Japanese hard boiled cinema in the 1960s. But he only became a major star in the 70s when he starred in Fukasaku Kinji’s five-part yakuza epic series “Battles Without Honor and Humanity” (Jinjinaki Tatakai), one of the major influences on the work of Quentin Tarantino.

In the popular Torakku Yaro comedy series, Sugawara mixed the tough guy image with comedy and in later years he continued to appear in increasingly diverse roles, including a voice role in Miyazaki Hayao’s anime classic “Spirited Away” (Sen to Chihiro no Kamikakushi, 2001).

In 2012, following an illness and deeply affected by the tragedy of the Great East Japan Earthquake the year before, he announced his retirement from acting.