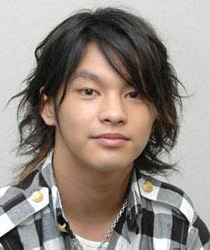 Young actor Yagira Yuya (18) was rushed to hospital early Friday morning after a drug overdose at his family’s Tokyo apartment. Though his condition was initially serious, his life was not thought to be in danger. Initial media reports said he had taken about 100 tranquilizers and speculated that it was an attempted suicide. Yagira apologized and wrote a clarification on his blog yesterday. “The incident followed an argument with my family. In a fit of anger I took a larger than usual dosage of my prescription tranquilizers. As a synthroidnews.net I felt ill and asked for an ambulance to be called.” He left the hospital later the same day and is said to be recovering well. Yagira made international headlines in 2004 when he won the Best Actor award at the Cannes film festival at the age of 14 for his performance in “Dare mo Shiranai” (Nobody Knows) and he has made a movie a year since. He had written in his blog earlier this month that he had been in poor health since last September’s release of the movie “Houtai Club,” and that his public exposure had suffered as a result.

• The weekend saw the opening of the 65th Venice International Film Festival, and a surprise announcement from anime director Miyazaki Hayao (67). At a packed press conference the night before Sunday’s screening of the latest Studio Ghibli feature, “Gake no Ue no Ponyo” (Ponyo on the Cliff by the Sea), he revealed that he is now a grandfather. His son Goro, who directed the 2006 Ghibli film “Gedo Senki” (Tales from Earthsea), became a father on August 11, just a week before Ponyo opened in Japan. The movie was the biggest hit of the summer, breaking the ¥10 billion mark in its first month. It’s one of three Japanese movies competing for this year’s Golden Lion, along with entries from Kitano Takeshi and Oshii Mamoru. Miyazaki has been recognized at Venice before, receiving the Osella award for technical achievement in 2001 for “Hauru no Ugoku Shiro” (Howl’s Moving Castle) and an Lifetime Achievement Golden Lion in 2002.

Meanwhile, Kitano has already returned from Venice. He told reporters at Narita Airport that he was returning for the scheduled recording of a TV show and that producer Mori Masayuki will be attending the Venice awards ceremony. Asked whether “Akiresu to Kame” (Achilles and the Tortoise) was likely to win him a second Golden Lion, he said “It was certainly well received. And the critics liked it. All the feedback was good but I’m trying not to keep my hopes up.”

• Another name can now be added to the list of Japanese celebrity grandfathers, that of Hollywood star Watanabe Ken (48). His son, actor Watanabe Dai (24) announced on his blog yesterday that a baby boy was born the day before. The new arrival came just a week after Dai celebrated his first movie starring role, in the historical baseball drama “Last Game.”

• The big TV event of the weekend was NTV’s annual 24-hour telethon. Female celebrities stole the show, with comedienne Edo Harumi completing a 117km run and staggering into Nippon Budokan in time for show’s finale. Pop quartet Speed got back together for the first time in more than four years, and the “Madonna Japan” Olympic softball gold medalists also appeared on the show.

• Edo’s fellow Yoshimoto Kogyo comedian Hazama Kampei (58), a keen runner for many years, announced that he has an even bigger project in the works – running around the world. “I’ll be heading east, so if I return from the east, you’ll know I’ve given up!” He will cross the Pacific and Atlantic by yacht, but otherwise will run the entire 36,000km across North America, Europe and Asia. His “Earth Marathon” will start in Osaka on December 17 and is expected to take about two and a half years – an average of about 40km per day – during which time he will not return to Japan. As the run is part of Yoshimoto’s centenary celebrations in 2012, they may be expecting it to take more than three years. Hazama has run NTV’s marathon three times in the past, aiming for 200km the first two times (in 1992-93) and running 600km from Kobe to Tokyo over the course of a week in 1995 following the major earthquake in Kobe.