Why the World Wasn't Ready for the Sega Dreamcast

Sega Corporation are a Japanese multinational video game and entertainment company that have been at the forefront of the gaming revolution since the 1980's. They still have huge brand recognition, and one of their creations is amongst the most famous video games characters of all time, the speedy blue critter Sonic the Hedgehog.

Whilst they're still well known and still develop games that both come out on arcade systems and for home release, they are a long way from their glory days in the nineties. 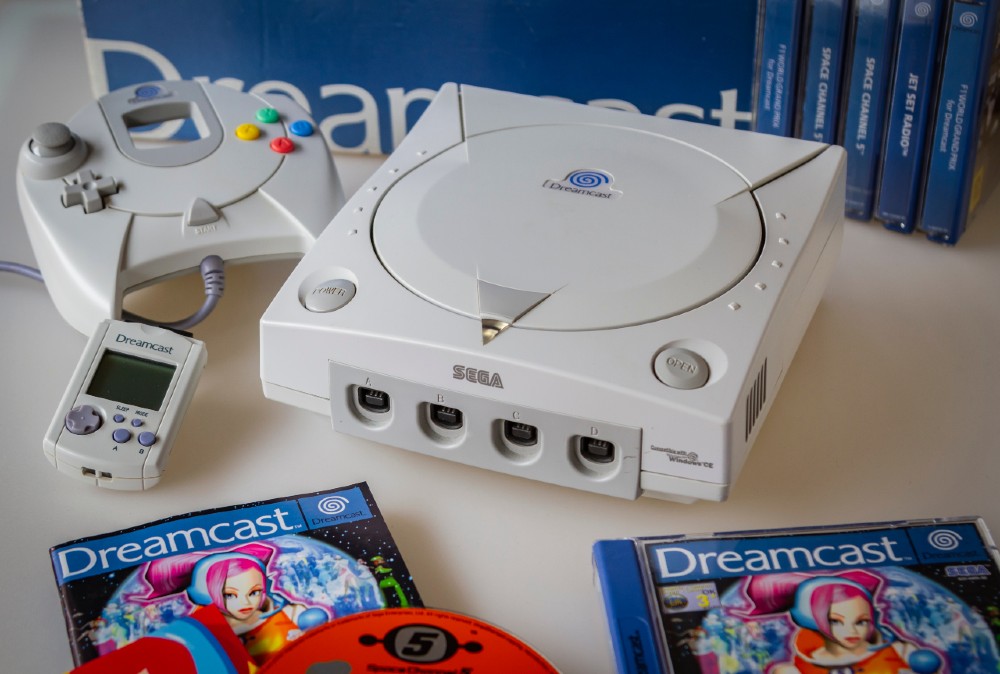 Though now relegated to history, the Sega Dreamcast was ahead of its time.

Just slot in and enjoy

It used to be that Nintendo and Sega were the two mammoths of the gaming industry, battling it out with their superb consoles, helping make Japan the world capital of video games. Whilst Nintendo are still going strong with their magnificent Switch, Sega haven't released a console since the Dreamcast, which came out in 1998 in Japan, and 1999 everywhere else. The console, unfortunately, didn't sell as well as the company hoped, and Sega incurred significant financial losses, leading them to abandon creating any new home systems.

All this makes it sound like the console was terrible, but as time has progressed, many pundits acknowledge that it wasn't that the Dreamcast was bad, but that it was simply ahead of its time. Here's a few reasons why the world wasn't ready for the Sega Dreamcast.

Whilst there had been a few open world games released before Sega launched the Dreamcast, it was titles on this console that really showed the world how stunning and detailed these games could be. One of the most notable was Jet Set Radio, a beautifully rendered rollerblading game, where your character has to spray paint their way around a dystopian Tokyo. The art style of the game is cel-shading, and the bright colours and cartoony visuals hold up beautifully to this day, almost popping off the screen.

The most renowned, though, was Shenmue, which blew everyone's minds when it was released in 1999. This was because the adventure game had a world that was so expansive and enriched, that people felt they were taking part in a movie. However, some people complained that the actual game was boring, and it sold poorly. This was because the gameplay centred on the character completing lots of real-life tasks, such as buying food and drink.

Fast forward to modern day though, and many games are celebrated for having the same realistic gameplay, such as Rockstar's Red Dead Redemption 2, even though it came out a whopping 19 years after Shenmue.

To showcase how much of a trailblazer the Dreamcast was, it was the first console to contain a built in modem that allowed for internet access. Nowadays, all consoles come with access to the internet, so users can enjoy being connected to the world. This allows them to stream movies, chat to friends, and play online games, such as Fortnite, or for the gamblers amongst them, to visit sites like Vegas Slots Online.

Their website is where you can find over 7780 amazing free slots online, where all the games can be played wherever the user is, as long as they're connected to the internet. The visitors don't even have to bet real money, and are free to play any of the games with no download required. Plus, they add new games everyday, which is why they're the world's biggest collection of free slot machines online.

Back in the late nineties though, the internet didn't have a lot going for it compared to today, and so Sega's great intentions of connecting players together fell a bit flat. However, Sega should be applauded for showing game companies how to integrate the internet into their consoles, and daring to go where none had gone before.

The Visual Memory Unit, known as the VMU, was the Dreamcast's memory card, and wow was it special. Not only did it handily save your game progress, but it also had its own screen and controls which let it act as an incredibly rudimentary, but still technically amazing, miniature handheld console. Also, when you plugged it into the controller, it served as an auxiliary display for certain games.

It would take other game companies a few years to make use of dual screen technology, with the most famous being the Nintendo DS, which was a handheld console that was released in 2004. Whilst the technology was definitely used more capably in later consoles, the fact that it took half a decade for companies to catch up again highlights how ahead of its time the Dreamcast really was.