The Magic of Japanese Casinos & Gambling

Gambling and casinos are big business all over the world, but the boundaries between what is legal and what is not allowed vary widely. At the end of the day, it's usually a battle between the tax revenues that the industry can bring in and public or government perception of the moral and addiction issues that accompany it. So, how about Japan?

After a prolonged period of economic malaise, recent years have seen the government looking to ease its policies around gambling and casinos. Of course, this is partly due to external pressure from foreign resort operators keen to enter the Japanese market. And the prospect of the many billions of Yen in tax revenues has local and central government officials salivating, especially when they see how the industry has thrived in a nearby location like Macau, for example.

As has been covered in several Japan Zone feature articles, gambling has a long history in Japan but has for many years been in something of a grey area, falling somewhere between legal and illegal. People are able to gamble on certain activities, including sports such as keiba (horse racing), kyotei (boat racing) and keirin (cycling). There are various kinds of takarakuji or national lotteries, with ticket booths very visible across the country. 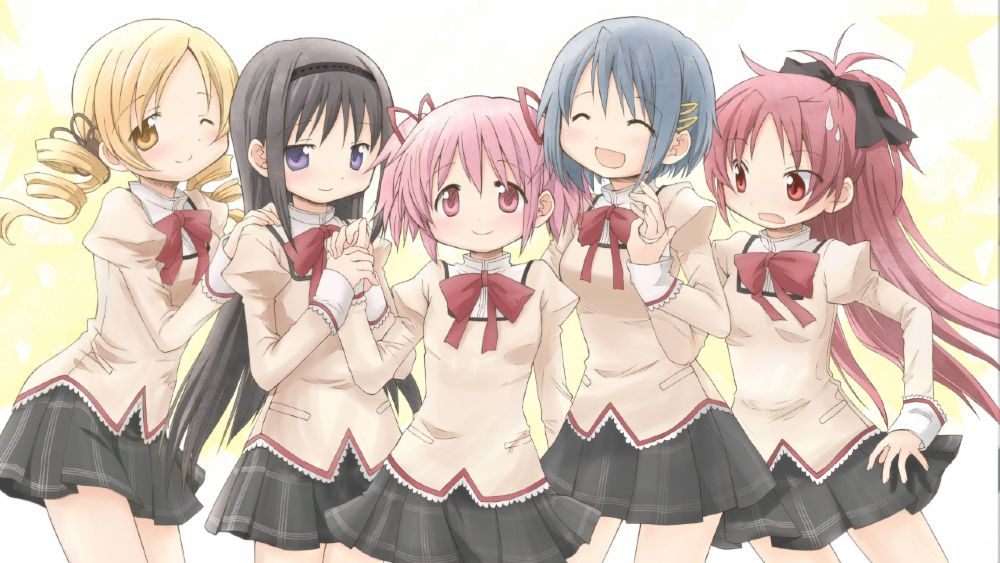 The characters of the Puella Magi Madoka Magica anime.

And then of course there's Pachinko, one of the largest industries in Japan in terms of revenue. Currently, there are approximately 9,000 pachinko parlors across the country and figures for recent years show that Japan's pachinko market generates more gambling revenue than that of Las Vegas, Macau and Singapore combined.

A quite recent variation found these days in most pachinko parlors is pachi-slots, the name being a combination of pachinko and slot machine. Let's take a look at an example. "Puella Magi Madoka Magica A" (based on a popular manga and popularly referred to as Madomagi) was introduced in 2013 and became the first in a series of Madomagi pachi-slots. Currently, Madomagi machines are installed in approximately 5,600 parlors, about 65% of the nationwide total, ranking it 16th in terms of the number of installed units.

Depending on how the pachi-slot machine is set up in a given parlor and on a given day, the payout can range between 90% to 160% (or as much as 200% for a skilled player). Parlors have regular kangen (or "give back") days, when the settings are more generous. But you'll need to be early and get in line often hours before opening to get a seat at a machine on these days.

So, how much can you actually expect to win playing pachinko or pachi-slots? Well, obviously skill is a factor, as is luck, but if you are prepared to put in a long 12 to 14-hour day, you can in theory win a couple of hundred thousand yen (in the order of $1,000). But an experienced player is more likely to play for a full day and be happy if they leave with winnings of 20,000 to 30,000 yen.

Due to a host of factors, including regulatory changes and the fact that the younger generation are more likely to seek their entertainment online than in a smoky parlor setting, more and more Japanese people are getting their thrills and excitement through online gambling thanks to casinos like Casino-x.

Technical advances in what can be delivered online mean that online gambling and casinos are now able to offer a level of engagement that is getting ever closer to the real-world experience. And as a result, their audience and popularity is sure to continue to grow, both in Japan and all across Asia.