Japan can be a great choice for expats looking to experience the unique contrast of traditional and ultra-modern culture, unique to the Far East. Many expats living in Japan are impressed with the lifestyle, evident in the InterNations 2017 Expat Explorer Survey (link) that placed Japan sixth out of 65 countries for quality of life. This category takes into consideration leisure options, personal happiness, travel and transport, health and wellbeing, and safety and security. 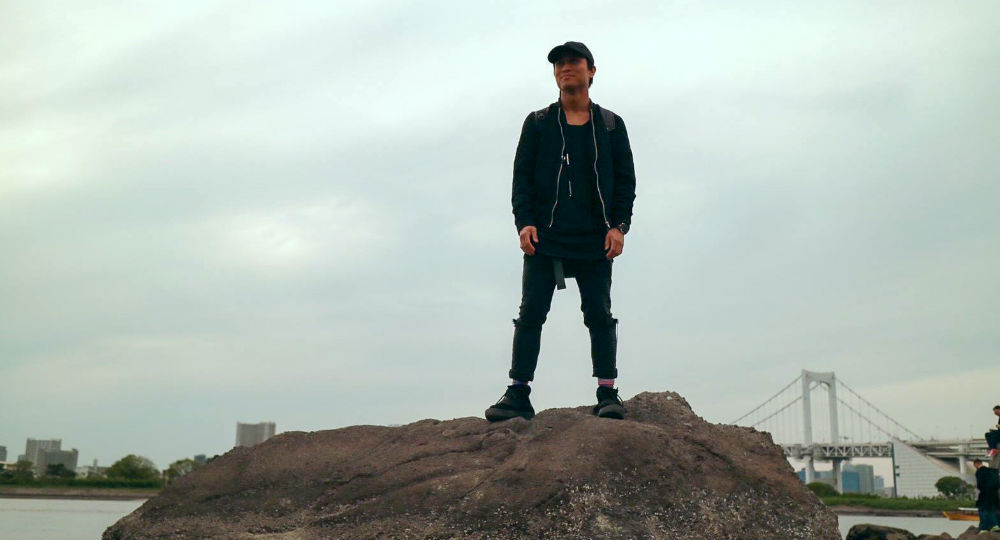 To help expats prepare for their move abroad and gain a sense of what living in Japan is truly like, we asked one British expat - Assistant Language Teacher Shaun - currently living in Itabashi, Tokyo, with his partner Vicki, how they coped with adjusting to Japan's lifestyle and culture.

From experiencing the country's buzzing nightlife, to coping with language barriers, and staying safe in the city, this interview gives insightful information for potential expats to help them become familiar with and understand the country's culture and lifestyle.

Q: How would you rate the quality of life in comparison to the UK?

"The quality of life is great, if not better here than in the UK. The people in general are respectful, polite, patient, and helpful in Japan, even in the main cities like Tokyo where it's always busy! In London it's normal for members of the public to push past each other in a rush to get on the train on the underground. But in Japan, the public will usually wait for others to get off the train before getting on.

"The transport here is excellent, especially Tokyo's rail system [which consists of highspeed trains and more than 100 train lines]. We've found the Japanese to be a very clean and tidy people. Public places are always very clean - even fast food restaurants and food courts. Some even provide an area or station where customers can wash their hands before and after eating."

"I haven't had a lot of experience of the nightlife, but when I have been out at night it confirms that Tokyo is a city that doesn't sleep. The Shibuya area for instance, has lots of bars, clubs and eateries that stay open late so people can party way into the early hours.

A typical commercial street at night in Tokyo.

"Personally, I prefer having a few casual drinks with friends before eventually singing our hearts out at the nearest Karaoke bar! They're everywhere so they're not hard to find in the city. There's even a karaoke bar called Shidax Village Club in Shibuya, which has around 80 rooms dedicated to karaoke parties! Most karaoke bars charge a flat fee (link) which includes a set number of drinks and unlimited karaoke time, so it can be a good idea to get there before 7pm when the fee is half the price at most places.

"It's rare to see a fight break out in Japan. I feel very safe walking the streets at night - even safer than I did in my hometown of Lowestoft back in the UK."

Q: How high or low is the crime rate where you live? And what about the level of safety? Are there any special precautions in place?

"The crime rate in Japan is a lot lower than in most other countries. [In fact, Japan is ranked fourth place for safety and security out of 65 countries which reflects just how safe the country is. A lot of this has to do with their gun policy. In 2014 there were just six deaths caused by guns in Japan (link), compared to 33,599 in the US].

"Expats can also feel safe because there are police boxes known as a Koban's. These are stationed in almost every town and certainly every city in Japan. Tokyo alone has more than 1,200 of them. Expats and tourists should feel comfortable asking police at these locations for help or directions - and even if they have limited English, they'll still try their best to help.

"I remember visiting a police station on an open day with my old housing company. One of the policemen said the biggest cause of accidents are cyclists. This makes sense as there are a lot of them everywhere and the traffic system can be confusing. For example, after seven months of living here, I'm still unsure whether pedestrians have right of way on zebra crossings."

Q: Are there any festivals/sporting events near you? If so, have you been to them?

"I went to a Pokémon event called Pikachu Outbreak (link) in Yokohama. There were more than 1,500 Pikachus in all various shapes and sizes popping up all over the city for numerous shows and parades. I also went to see the Pikachu Carnival Parade which involved dancers and performers parading with more than 100 Pikachus. It was great!

"I also attended one of my school's sports days. As well as students, the teachers and parents also get involved with the various games and activities. Most of the activities are team-based, which is much like how Japanese society seems to operate - at least, that's been my experience. Since moving here, I've been shown constant support from my colleagues, friends who I've met here and my landlord."

Q: Cultural diversity. Is it easy to integrate or do expats live outside the local culture?

"I feel as if I've had a different experience from other western expats, mainly because of my ethnic background. I'm half Filipino and I think that's made it easier for me. Many people - both western expats and Japanese locals - have mistaken me for being Japanese, but when they hear my strong British accent, they realise that I'm actually from the UK. This is purely based on my experiences and from seeing and hearing the way my other western friends are treated.

"While not wanting to generalise, I have noticed that if a Japanese person speaks only a little English, they won't want to speak it because they want to be able to communicate the language as perfectly as possible.

"They're not being rude, it's more to do with pride and respect - or because they're shy or don't feel comfortable enough with the language to speak it. Many Japanese people want to be fluent in English before speaking any of it. And often words and phrases in Japanese can't be directly translated into English, so they try to avoid explaining things in English in fear of miscommunication or saying the wrong thing and thinking it's correct.

"This can also go the other way. Some of my western friends living here have told me how they will speak Japanese to a Japanese person, but the person talking to them - serving them in a shop or restaurant - will reply in English. This can come down to any number of things: perhaps the person just wants to practise their English, maybe they are busy and just want quick answers because they know exactly how to deal with certain phrases, or perhaps they didn't understand or hear the Japanese correctly.

"Most expats - especially western expats who move here - want to dive into the culture and experience it all. Why would you want to do any different in a country which has one of the deepest histories and most diverse cultures in the world? I love Japanese culture and way of life - and I can't wait to discover more."

All photos courtesy of shornb