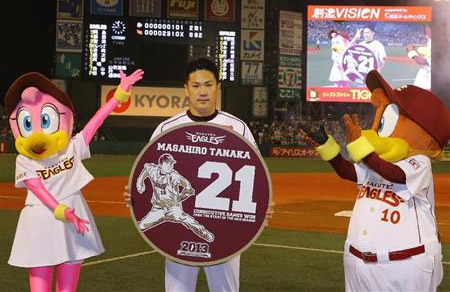 One of the biggest reasons why the Tohoku Rakuten Golden Eagles are solid favorites this season to finally win the Pacific League is ace pitcher Tanaka Masahiro (24). No surprise there. But yesterday he set a phenomenal new record in professional baseball with his 21st consecutive win of the season. Carrying on from the end of last season, he’s actually now a mind-blowing 25-0. That’s one more than the Major League Baseball mark set by Carl Hubbell of the New York Giants way back in a period between the 1936 and 1937 seasons.

Yesterday Mah-kun gave up two runs over the distance but got more than enough batting support to beat the Orix Buffaloes 6-2. Tanaka hasn’t lost a game since Aug. 19, 2012. His team are currently leading the Pacific League by 7.5 games and would have to be strong favorites to go all the way to the Japan Series.

Tanaka first appeared in the limelight as a high school junior in 2005, and over the course of two years his epic pitching duels with rival Saito Yuuki in the national championships was one of the major sports stories. His very last pitch of the 2005 summer tournament was clocked at 150 km/h (93 mph), the first time a pitcher had ever clocked that speed as a junior in the history of the event. In 2006 his school finished runners up but Tanaka was a first-round draft pick by the Eagles, while Saito went on to play ball in college before turning pro.

Tanaka is likely to be the subject of intense interest from the MLB after the end of this season.

Japanese TV’s Don, Mino Monta (69, photo left) has been having a rough week. First he was embroiled in a sexual harassment scandal (see photo below). And now Tokyo police have announced that they recently arrested his son for attempted theft. They say that on August 13 Minorikawa Yuto (31, photo right) was spotted by a convenience store CCTV trying to use a cash card stolen earlier from a drunken office worker sleeping on the side of the road in the Minato-ku district of Tokyo. Minorikawa works in the sports department of the major NTV network, located close to the scene of the crime. Upon his arrest, he refused to speak to police except in the presence of his lawyer. His father made a formal statement of apology to the media yesterday. 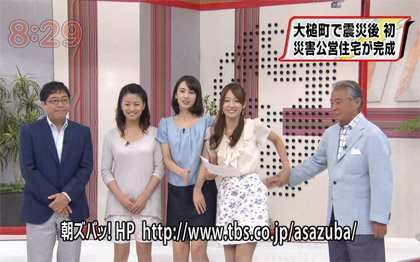 It was previously rumored that Mino’s uncharacteristic second one-week “holiday” from “Asa Zuba!”, his regular early morning variety show on TBS, was due to the recent “sekuhara” scandal, in which he was spotted touching up fellow Asa Zuba! announcer Yoshida Akiyo (25). But news of his son’s arrest helps explain the absence from the air of the hardest working TV presenter in the world (as recognized by the Guinness Book of World Records). He is expected to return as scheduled on September 16. 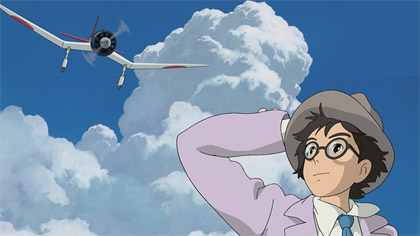 In a huge shock for anime fans, it has been announced that Miyazaki Hayao (72) is to retire. Which means that “Kaze Tachinu” (The Wind Rises), his first film in five years, will be his last. The film is now competing at the Venice Film Festival, but Miyazaki is not attending and is expected to hold a press conference in Tokyo. The news was announced at the festival on Sunday by Hoshino Koji, head of Studio Ghibli.

“Kaze Tachinu” tells the story of World War 2 fighter plane designer Horikoshi Jiro, who as a child dreamt of becoming a pilot and went on to design the famous Mitsubishi Zero fighter. “This is the first of Miyazaki’s films that has as its protagonist a real historical figure,” Hoshino told reporters. The film paints a vivid portrait of many of the key historical events in early 20th-century Imperial Japan as well as the evolution of airplane design. It doesn’t entirely forsake the fantasy of Miyazaki’s other works, with dream sequences allowing the protagonist to fly in fantastical airplane designs. The theme will be familiar to Ghibli fans, as planes and flying have been central to such films as “Kurenai no Buta” (Porco Rosso) and “Kaze no Tani no Nausica” (NausicaÃ¤ of the Valley of the Wind).

Miyazaki is sometimes described as the Walt Disney of anime, as his works have won legions of fans and scores of awards worldwide. “Sen to Chihiro no Kamikakushi” (Spirited Away) was the first anime to win an Academy Award in 2003. Miyazaki’s began his animation career in 1963 working on “Wanwan Chushingura” (Watchdog Bow Wow), while his first feature-length film was “The Castle of Cagliostro” in 1979). Among his other best known features are “Mononokehime” (Princess Mononoke) and “Tenku no Shiro Laputa” (Castle in the Sky).