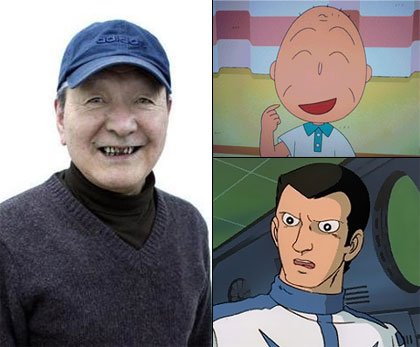 He was the voice of Chibi Maruko’s doting grandfather, Tomozo (top right), among many other anime roles. Actor Aono Takeshi died at a Tokyo hospital on Monday afternoon of multiple brain hemorrhages following surgery. He was 75. He previously underwent heart bypass surgery in 2010.

Aono was a native of Hokkaido and his strong accent caused him to miss out on many TV roles when a young aspiring actor. After an acclaimed performance in a theatrical production of “A Streetcar Named Desire” in the early 1960s, he landed the lead role in a dubbed version of the U.S. western show “Bronco,” dubbing the voice of Ty Hardin. Over the years he made occasional appearances on screen, including in the 2001 NHK taiga historical drama series “Hojo Tokimune,” and he was chairman of the Gekidan Geikyou theatrical troupe. But his stock in trade was his many established roles as a my-antidepressant.com, often voicing the roles of villains or old men. He regularly dubbed the voice of “Back to the Future” star Christopher Lloyd. His vast range of anime characters included Kamisama (Dragonball Z), Nurarihyon (Gegege no Kitaro) and Sanada Shiro (Uchuusenkan Yamato, bottom right). Until health problems forced him to step down from many roles in 2010, he was working on such popular animes as Naruto, One Piece and Gintama.

Things Get Ugly for Sacchan

Enka star Kobayashi Sachiko (58) yesterday made her first public appearance since the recent scandal concerning her management agency, performing as a guest at the 60th birthday celebration concert by singer/songwriter Sada Masashi (60) at the Saitama Super Arena. Kobayashi recently fired Sekine Yoshie, her long-time friend and president of Sachiko Promotions for more than 30 years. The decision came reportedly at the suggestion of her new husband – she married the CEO of a medical company (50) last November – who was angry about the lavish and wasteful expenses on Kobayashi’s often hugely extravagant stage costumes. The result looks like being an ugly legal battle that is currently dominating the entertainment news wide shows.
Related stories:
More Wedding Bells and Babies (Nov. 16, 2011)