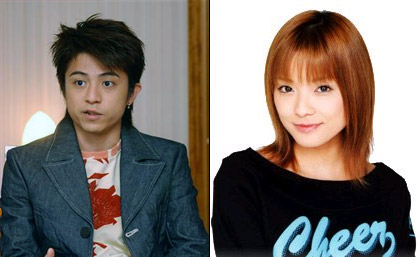 Musician Yukinari (31) and talento Nishida Natsu (27) have formally ended their 6-year marriage. Management for Nishida confirmed yesterday that the divorce was finalized at the Tokyo Family Court on Friday. Yukinari, a former member of the hip hop group Da Pump, will pay ¥2 million in alimony. But in a relatively rare decision, he will have custody of their 5-year-old daughter.

The couple married in February 2004 and their daughter was born the following October. But they were reported to be in divorce arbitration as long ago as December 2007. At the time, Nishida spoke publicly about being the victim of domestic violence. Yukinari quit Da Pump a year later and returned to his native Okinawa. Last year he formed a dance unit with Ken (30), another former member of the group.

Real name Tamaki Miho, Nishida was a popular guravia idol and pro wrestler, but quit showbiz after getting married. She has recently joined a new management agency and plans to resume her career as an actress from this month.